HMV – Why They’re Failing from an SEO point of view

Why HMV Online is failing from an SEO point of view

HMV is a household name. I grew up going there often, perhaps not to buy but just to browse and hangout. It was always considered one of the cooler shops in London, and with listening stations and headphones – it was simply wow…

To hear that they are currently going through financial difficulties is heartbreaking. It’s mortifying. Whilst I appreciate downloading music online has become a big thing, HMV Stores still caters to a mass of people who buy physical products.

Today it’s the 21st January 2019 and I’ve woken up to the headlines that Mike Ashley, the Owner of Sports Direct is potentially interested in saving them. That’s today. And by the time you read this article one of 3 things are likely to have happened:

HMV Online Should Have Called Us

I kept thinking to myself, what if they had called us a year ago to fix their SEO issues. We would have been retained and my usual process of dealing with larger corporate clients would have started. I would sit down with my partners analysing the site. I’d cry and shout all in one session unjustly accusing the CEO and Marketing Director of probably drinking on the job to let these things happen – and then allow my partners to frame a pitch that sounds more professional and very flattering towards the CEO and Marketing Director…who OF COURSE WERE NOT drinking on the job.

However, let’s imagine all that happened and finally I’m driving the SEO for HMV. Let’s say this is just day 1 of my research. The basics. Here’s how I’d be doing a part of my analysis. I need data. I need top line data ASAP. It wasn’t HMV’s main site I was after, it was their online store. I found the URL:  http://store.hmv.com/

As a shop that’ not too bad. It’s not amazing but it’s not great. But don’t take my word for it – let’s put the same stats of another site:

Our beloved supermarket Tesco operates from the domain Tesco.com of which the stats were:

Now I hear you shouting that’s apples and oranges (no pun intended). However, it’s to demonstrate the value and size of brands by stripping back all the noise and looking at the data.

Ok, so, so far I’m not too impressed with the HMV stats. With a site as large as theirs, they simply don’t have enough backlinks and traffic. I had to dig further. Where were they doing well?

Surprisingly they were doing well on a few terms, some of which are below(BUT NOT FOR BUYING KEYWORDS)…

Though the above was good, I wanted to take a look at just one of the pages of the site. I wanted to explore how they were doing so well for the keyword: Record Player. They are ranking number 5 today for that phrase. I looked at their associated link:

I then decided to look at each of the products individually – and realised very quickly that none of them had any product descriptions. Not even a little 100-word blurb. Just Nothing. Some bullet points and that was it…

Surprisingly – this page did rank for a number of high ranking keywords – though none of which were buying terms.

Now before I go on, I just wanted to give you an easy example of a buying term.

The psychology behind each search string tells you a lot about the intention of the searcher.

So bringing this into reality, theory would say that the person who is looking for Record Players, could just be browsing and window shopping. They may not be a buyer.

However, someone who types in the phrase Best Record Players – is more likely to buy. The intention behind their search tells us that they are out to buy one, they’re just looking to work out which the best one is. And of course, a phrase like Best Record Players would get MUCH less traffic than the phrase record players. However, conversions are higher for the latter because their intention is to buy.

I couldn’t help myself. Even whilst typing this I was curious to see who was ranking for the phrase Best Record Players.

I found the top ranking site was: www.techradar.com/uk/news/best-turntables with a list of the Best Record Players of 2019. Not only does that page get over 10K visitors a month (just for a list) – they linked to a handful of players, of which NONE were from HMV….

Here’s an example of what makes me cry….why HMV wouldn’t do a better page than this linking to their own products and / or beg TechRadar to review any one of their 35 turntables…..

Ok gimme a second, I need to calm down…

Back To HMV’s Online Store

Well I didn’t want to focus too much on what was already on page 1. Let’s have a look at what was ranking on page 2 onwards that really is easy to rank on page 1.

Well, unsurprisingly I found a bunch of movie titles. Things like Kingsman 2, Tomb Raider, Guardians of the Galaxy 2 – etc…. I wanted to understand how for certainly competitive terms they were able to get to page one, but things like movie titles were tougher. It was time to go deep diving. I love Kingsman 2, so let’s take that keyword as the example….It gets 107,000 searches a month and as I write this HMV.. is near the top of page 2 for this term.

Well page 1 had a lot of the usual suspects that you’d expect:

And eventually on the 3rdposition of page 2 was HMV Online. It’s domain authority is 77. A lot of the others had similar or better domain authorities, so that clearly wasn’t the problem. I’d never heard of Den of Geek. Now I know some of you are shouting at the screen you idiot, how can you not have heard of them? They may be really famous, but on the above list, the others to me are more household names. Well at least in my house anyway….

Let’s take them as the example.

The site was terrible. Lots of popups and videos – it was a nightmare just to scroll. And there was a horrible lack of meaningful content. Literally maybe 200 words all in. But they had 2 back links pointing to the page and some content which was clearly better than having none.

Whilst contrarily the HMV Online site only had 1 backlink and again only 207 keywords. However, the same page ranked for the term Kingsman 2 DVD on page 1.

But I had to dig deeper. I wanted to know what the entire list of keywords around the phrase Kingsman 2 existed:

Of course, none of which existed on HMV’s page but some did in fact with the content block on DenOFGeek…

FFS!!…What are they playing AT? It’s like they hired all the ex staff out of Napster.

And this pattern of failure, sorry, this pattern of not ranking, is systemic on every page of every movie. It just goes on and on. It’s sad because HMV’s site is technically ready for all of these changes, but it’s like the inmates are running the asylum. Whomever is in charge of the SEO should go and work for Our Price..

Given, I’m not being paid a bean to write this, I probably won’t be saying too much more. But let’s just take a bigger step back and look at the bigger picture. Yes HMV has some retail failings and I’m sure there’s people out there screaming at their retail model. There are people looking at this screaming that HMV’s paid ads are bad…But we’re the SEO guys. And I’m not happy. Not even in the slightest.

What’s sad from the bigger picture, is there was no reason for HMV to even setup a new domain for their online store. Their main site which has way better stats would have ranked way higher and in many cases does rank for a lot of keywords – but often to the wrong product.

But the amount of errors that have happened have just saddened me. It has gotten to the point where my tears are writing this blog post………

The question is can it be fixed? Yes!!! But how? Well it’s simple….

1) if HMV insisted on having their online store on a sub domain, that’s ok. Loads of people do that. However that site also needs to rank with a whole load of better links.

3) And of course, a decent London SEO Agency that really delivers value.

But I’ve only spent an hour on the site poking around. And we just looked at the basics.

In fact, we’ve spent more time drafting and editing this blog post. With more time, imagine how many more solutions we would have…

Whatever happens, we sincerely hope that HMV are a brand that will stay for years and years to come. 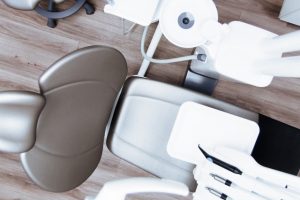 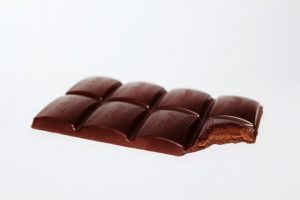